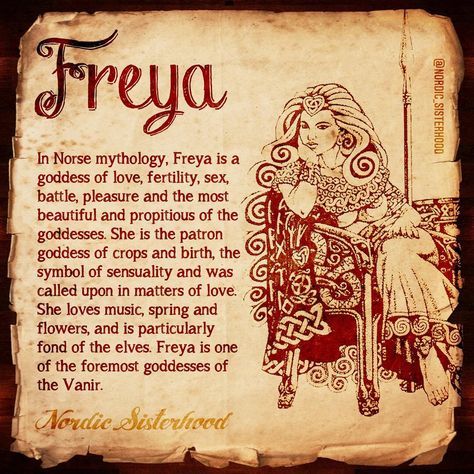 Goddess traditions in America have adapted, changed, or outright dismissed certain aspects of Goddess figures to suit their own needs. Other theorists see these changes as part of the natural evolution of earth-based religions and spirituality. As modern practitioners, it is essential that we discuss these changes and adaptations so that we can determine the possible effects of those changes. To find the origins of many Goddesses is very difficult since many of them are an amalgamation of overlapping cultures throughout many centuries and within the context of an oral tradition.

We have no way of knowing. What we can determine, however, is how the documented Goddess and her stories have been adapted to fit within the changing view of women in American culture and what that change has done to Her. This is in no way a negative critique of those changes, but an analysis of that change and a window into the repercussions of changing stories. One of the first questions is to ask why these changes have even been made. Why is the Goddess rewritten? This movement has propelled Goddess work and interpretation, but in the same light the sources pulled for these interpretations have been widespread and varied.

None of them is completely adopted; they are freely explored and experimented with. If Goddess is viewed differently by so many individuals, then it becomes easier to see why and how her stories have been reconfigured and reimagined in so many different ways. Different retellings are not a contemporary construction; because these were oral stories from the beginning; the characteristics most assuredly were changed to meet the needs of the people telling the story and those listening.

It has just become a more dramatic shift because we can trace the changes through the written publications. Meeting the needs of the adherents is the most positive aspect of reimagined tales and Goddess interpretations. Goddess stories teach us.

They help us to learn about her culture as well as our culture, and these stories help us to learn about ourselves, like how we could possibly handle complex and difficult situations. Even though the fantastical and magical elements of these stories are not realistic, the lessons sit right beneath the surface, even when the story is so far removed from our own contemporary American culture that a modern Pagan might have difficulty connecting with the lesson. Adaptions are not new; they are a way to internalize these stories set in time periods that might be so foreign to what we know that it becomes difficult to understand context, and give us another avenue with which to learn.

In that adaption, the story structure may change, characters might become less of what they were originally or what we know them to be originally, and even the lesson might change. It might change drastically. What we need to determine what those changes do to the Goddess and be aware of the changes that make in us.

The Goddess & The Green Man

Many people have baulked at this new interpretation because it is much removed from the original Goddess, what little we know of her, but her inspiration seems to stretch so far that she is recreated as a new almost separate Goddess for people to follow. Source materials on Akhilandeshvari are very few and might be one of the reasons why her attributes and story are open for such dramatic interpretation. According to those sources she rides on the back of a crocodile and signifies our misdirected fear. Her imperfections are what help to strengthen her, as she is the one who does penitence for her wrongs.

Now, like the Never-Not-Broken Goddess, we have a stronger sense that we as people do not have to be put together all the time; in fact, we cannot grow unless we go through these periods of brokenness that allow us to mourn and then pick up the pieces of our lost souls and put them back together in a new configuration. New adherents to this Goddess speak of her walking beside them as they continually heal from the fracturedness of the world.

They wish to connect with her through tattoo work, something that many Pagans see as a very real and sincere form of devotion. Not all retellings of Goddesses and their stories are so dramatically different, but there are those Goddesses who lend themselves to a reshaping, especially if their homeland is vastly different from what we find in the United States.

Yemaya is one such Goddess. There are several visions of Yemaya throughout the world before she even set foot on the North American continent. She is known in the Yoruba tradition, Cuba, and Brazil in different variants of the Afro-American oral tradition.

Her attributes are similar in these countries, but they do pose some differences that lend themselves to various interpretations. Because she is an orisha, she embodies an aspect of nature, in this case the ocean. Like the ocean, Yemaya can be comforting and embracing, but also like the ocean her depths run very deep. Storms can brew suddenly and become violent. This aspect of Goddess is difficult for many modern American audiences to embrace. We prefer our deities loving at all times and not something to fear. Yet, these older versions show a side of life that is just as tangible and important, maybe even more so because they teach us the stark realities of the world.

In most views, Yemaya is the fierce protector of her children, a mother who embodies a strong sense of fortification and instills fear in anyone who threatens those she loves. Anyone who knows this type of mother, is well aware of what that protective spirit can look like, depending on which side of the situation you sit. When we step outside of these traditions, Yemaya still holds a place among the Goddesses, but she sometimes looks a little different. Her features are soft and the kind and nurturing characteristics are highlighted much more than her fierce protection.

She is revered for her loving nature, but not feared for her wrath. As such, several depictions of her are warm and inviting and often stir up different emotions than those considered part of her traditional aspects. Yemaya is a mother goddess, the goddess of home, fertility, love and family. Like water she represents both change and constancy — bringing forth life, protecting it, and changing it as is necessary.

10 Ways to Honor Your Inner Goddess

Even in a recent Beyonce video we see the softened Yemaya symbolism in the blue and white colors, the flower offering in the water, and the tribute to motherhood alongside the Virgin Mary. Arianrhod Becomes the Misunderstood Mother. Even in European Goddesses we see an often dramatic change in persona. This is the case in the Welsh Goddess Arianrhod who, in original stories, is a mother who attempts to destroy her son on several instances because she is ashamed of his existence.

This story in the Mabinogi began with Math, who was looking for a new virgin to be his footholder and confidant. Math tested her word with magic and a child fell from her womb. The child grew instantly and ran to the sea. As the boy grew, Arianrhod refused to give him three necessary things that were traditional gifts from a Celtic mother: a name, arms, and a wife.

Therefore, Gwydion and the boy tricked Arianrhod into giving the boy a name Llew and duped her into arming him for battle. They were not successful, however, in getting a wife for the boy. Math and Gwydion then cooked up a plan to create a wife out of flowers, and thus begins the story of Blodeweudd.

In the end, Llew endured a painful transition in order to seek salvation. Her name is Saraswati, the Hindu goddess of knowledge, music, writing, arts and speech. The name Saraswati is derived from the word swar which means voice, tone or note.

Saraswati is the embodiment of communicating eloquently with full creativity. She is the Goddess of all the creative arts, especially poetry and music, learning and science. She is represented as a graceful woman dressed in white representing purity , she rides a white swan or peacock. Her weapons are sacred scriptures a symbol of true knowledge , and the vina a symbol of music, love and life.

Saraswati is the companion of Brahma, and it was with her knowledge that Brahma created the universe. Their male counterparts are really cool too. The two form a union, and if we were to see the male and female divine as role models in our society, this would solve the imbalance in the world. I am in the middle with both, and when I connect to her, I also connect to him.

You can think of Saraswati as your smart-guide. Her teachings lead with wisdom first, before material desires. She is known not only for academic knowledge, but for divine knowledge which is essential to achieving moksha liberation of the soul. The way I call forth the support from the Goddesses and their teachings is through a simple prayer, conversation, or mantras.

The prayer goes something like this: Dear Goddess Saraswati, please come forth and be with me, show me the way to strength and confidence. Please speak to me, teach me and guide me into serving in the best way possible. Then I breathe and listen, and follow what I hear. Movement can be a meditation and dancing is a especially a way I connect with higher powers.