As commander of the River Police, Monk should handle the case, but the investigation is turned over to the commissioner of the Metropolitan Police. An Egyptian man is swiftly caught, tried, and sentenced to die. But almost as quickly, Monk presents evidence that Habib Beshara, though a nasty piece of work, was elsewhere at the time of the blast. The investigation, now in complete disarray, is hastily turned over to Monk. Is the crime connected with the soon-to-be-opened Suez Canal, which will enormously benefit wealthy British shipping companies?

Or did all of those innocent people drown to ensure the death of just one? How did the bomber board the ship, and how did he manage to escape? 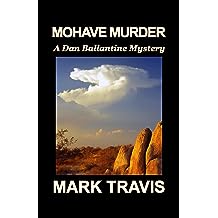 Is he an anarchist or a madman? Backed up by his astute wife, Hester, and his old reliable friend Oliver Rathbone, Monk vows to find answers—but instead finds himself treading the dangerous waters of international intrigue, his questions politely turned aside by a formidable array of the powerful and privileged. Events twist and turn like the Thames itself, leading to the shattering moment when Monk realizes, perhaps too late, that he is the next target. Victorian London comes alive. Thanks for spending the time putting it together. So much to enjoy there, but in particular I'm delighted to see a new title from John Straley.

Dear Mr Pierce, Thank you for yet another raft of interesting releases. Better get my card out! Adrian Magson. Back in the late 80's and in the 90's he wrote Mantis, Leopard and Steroid Blues. They were about a cop and his csi partner solving the crimes together. I always wondered what happened to him and why he stopped writing.

Perhaps you could find and interview him for a future author spotlight?

Post a Comment. Since everyone else seems lately to have been posting selections of books they look forward to enjoying this summer, I wanted to get my two cents in. Below you will find more than book recommendations, covering works from both sides of the Atlantic Ocean, all due for release between now and the beginning of September.


That seems like a lot—until you realize that my spring rundown comprised upwards of titles, and my winter choices ran to almost crime, mystery, and thriller works. Clearly, I am learning to control my enthusiasm for this genre. Laurie R. See what I said about something for every preference?

If you need still more reading suggestions, click on over to Euro Crime and The Bloodstained Bookshelf.

And if you think I have overlooked any tales of particular interest due out this summer, please feel free to tell us all about them via the Comments link at the bottom of this post. JUNE U. McLaughlin Ecco. Koreto Crooked Lane. Paris St. By Sally Denton. A gripping account of the ambush in southern Utah that claimed the lives of some members of a California-bound wagon train, and of the evidence pointing to its probable perpetrators. By Gail Collins. From Eleanor Dare Virginia's mother to Betty Friedan, a celebration by the editorial page editor of The Times; it's not so much about how women have shaped America as vice versa, especially when national adversity offered them the chance to expand their ambits and horizons.

This memoir by a celebrated chef recounts a culinary coming-of-age, from the hunger pangs of wartime France to the job as personal cook to Charles de Gaulle to the passage to America that would give rise to the author's unabashed partiality for Oreos, Jell-O and iceberg lettuce -- though not, dare we hope, combined.

By Geoffrey Wolff. This biography by a fellow fiction writer who has himself endured rejections and editing goes far toward redeeming O'Hara from the the ranks of the impossible and placing him among the merely very difficult. By Fay Weldon. The author of a couple of dozen novels in breezy prose pauses to tell her own story, in which an intrepid, no-nonsense woman survives paternal abandonment, earthquake, World War II and a long heritage of dotty ancestors, many of whom were compulsive scribblers of novels, stories and movie scripts.

By Stefan Kanfer. A swift, judicious biography of the bold, beautiful clown who arrived in television land in with ''I Love Lucy,'' which ran for six years and is running on cable to this day. By Allison Glock. A slim, winning family memoir that stars Glock's late grandmother, a beautiful, vivacious West Virginian who had Hollywood written all over her, but didn't leave home until near the end of her life. By Walter Isaacson. A full-length portrait of the many-minded, long-lived writer, diplomat, scientist and much, much more; crisply written in the intervals of Isaacson's day jobs as managing editor at Time and head of CNN.

By Elaine Pagels. Pagels, whose ''Gnostic Gospels'' explored the discovery in of ancient Christian texts in Egypt, revisits the suppressed Gospels and their potential for shaping a different, more diverse Christianity. By George Howe Colt. For five generations of Brahmins, including the author, an eccentric summer home on Cape Cod remained a fixed point on the family compass; faced with the house's impending sale, Colt affectionately deconstructs the sacred place.

By Steve Hodel. Hodel, a retired Los Angeles cop, coolly makes the case that his deceased father -- a doctor, a dabbler in art and a man of the world -- was also the Black Dahlia killer, who stalked 's Los Angeles. By Mike Freeman. Freeman, a sports reporter for The Times, presents an assortment of profiles, off-the-field stories and eye-popping statistics -- all anchored by the author's passionate belief in the spirit and resilience of the game. By Paul Fussell. Tapping published and unpublished memoirs as well as his own experience, Fussell, a veteran and an award-winning war historian, looks unflinchingly at the ill-fated G.

By Peter Balakian. A sweeping, unremitting description of the killing of Armenians in the Ottoman Empire; American public opinion was galvanized and aid sent, but state interests militated against intervention.

By Bob Woodward. A remarkable day-by-day account from inside the White House of the campaign to oust the Taliban from Afghanistan and the internal argument over a pre-emptive strike against Iraq; Woodward's extraordinary access reveals a patchwork of ideas held together by a supremely confident president. By Fiona MacCarthy. This zillionth life of Byron finds that in his heart he was gay. But even if not, the author's analysis of his romantic history and his suicidal financial conduct help explain why people in the 's regarded him with both awe and horror.

By Linda Colley. A historian's intensive study of the ''captivity narratives'' that arose first from British exploration, then supremacy, in far distant lands; the captivity theme that dominated ''Gulliver's Travels'' arose again and again as British power spread itself thin and encountered occasional humiliation. By Robert K. Continuing his own ''Dreadnought'' of , this elegant writer pursues World War I at sea, most sharply focused on the Battle of Jutland in May , the closest approach history would ever provide to the forthright slugging match the dreadnought fleets were invented for; it was indecisive.

By George Crile. A behind-the-scenes chronicle, by a veteran television producer, of a congressman's provision of vast financial support to the anti-Soviet side in 's Afghanistan. By Benita Eisler. Seeking to untangle the paradoxical relationship between the shy, fragile pianist and the passionate sexual outlaw and novelist George Sand, Eisler's book underscores Chopin's illness and Sand's nursing skills, and sees a mutual attraction arising from their voracious appetite for work.

By James Glanz and Eric Lipton. Glanz and Lipton, both Times reporters, tell a fascinating story from several sides, including the legal and political maneuvers that ushered in the World Trade Center and the engineering innovations that secured its completion. By Arthur Gelb.

A memoir of life at The New York Times by one who spent nearly 50 years there, rising from copy boy to managing editor; he has the power to evoke whole generations of change in the news business, reaching back to the glorious postwar years of manual typewriters, chain smokers and all-nighters.

By Barbara Freese. An engrossing account of the comparatively cheap, usually dirty fuel that supported the Industrial Revolution, inspired the building of canals and railroads to move it and once made London and Pittsburgh famous for the quallity of their air.